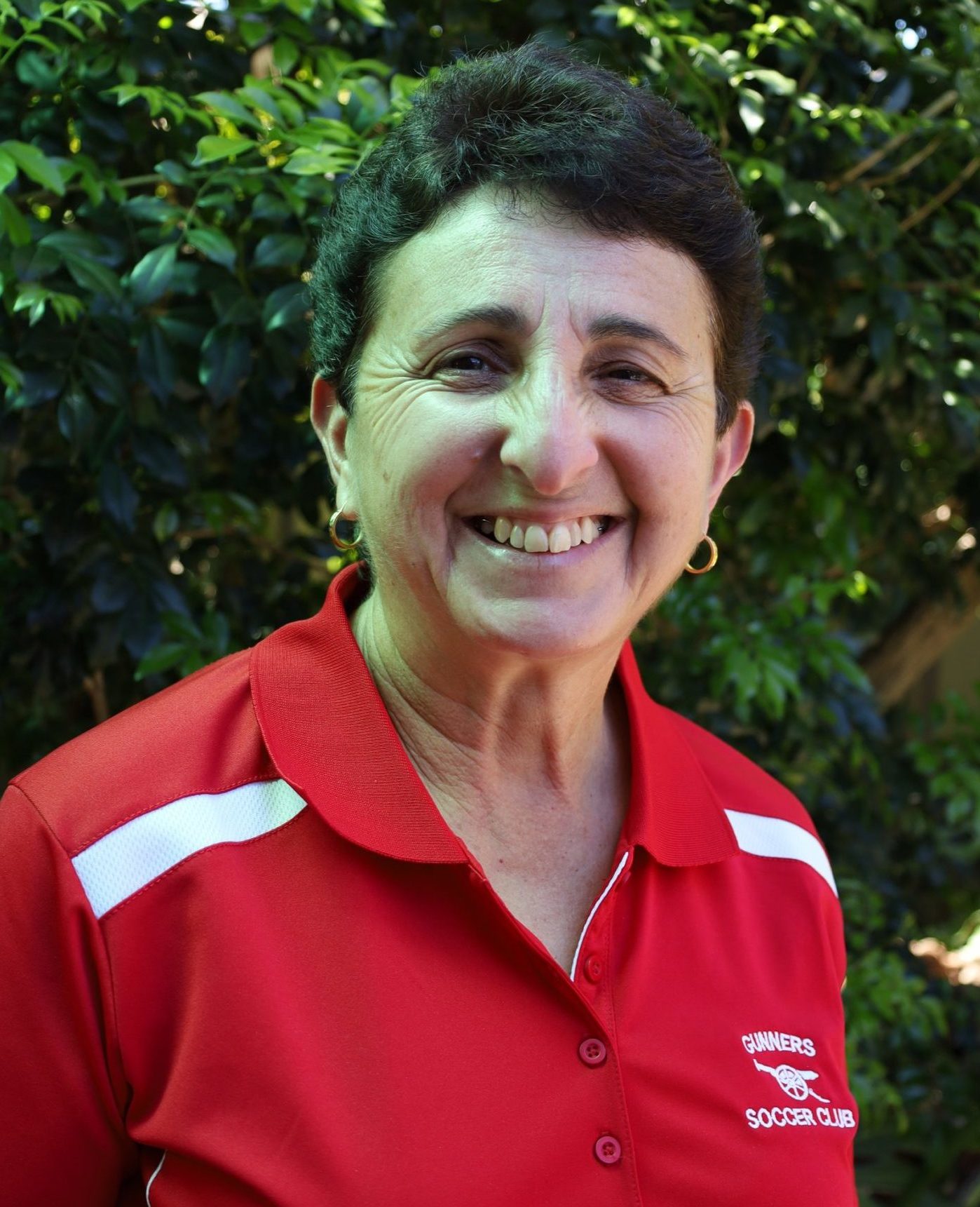 With female participation in sport being a strong focus for clubs and it rapidly increasing, female coaches could be considered the next step in shifting the stereotypes. We interviewed Gunners Soccer Club’s Cathy Walsh during the 2021 lockdown and asked about her experiences in football. Her answers during our conversation are paraphrased in the article below.

PASSION FOR THE GAME

Coming from a football-mad family, Cathy Walsh grew up around the sport and was eager to play from a young age.

However, Cathy grew up around a time where it wasn’t common for girls to play football.

“I used to bug my dad that I wanted to play,” she said

“He made a deal with me that if I actually found a girls team, he’d let me play.”

While it seemed unlikely, Cathy found a team advertised in a magazine that she could join and her dad kept his promise.

From there Cathy joined St George Football Club and played with some of Australia’s pioneering female footballers of her generation such as Football Australia Hall of Fame’s Cindy Heydon, Julie Dolan AM and Pat O’Connor.

“I learnt a lot there…I stuck with them and then played for Marconi,” she said

“I then made it into the state team.”

Unfortunately, Cathy suffered a career-ending knee injury during state training and couldn’t progress onto the elite level. Instead, she continued to play grassroots football after she recovered.

THE SIGNIFICANT MOMENT FOR WANTING TO BECOME A COACH

“That was not the case – me and other female footballers knew what we were talking about and know how to play it,” she said.

After her injury, Cathy still longed for being a part of the game, she has a passion for sharing her knowledge and getting people involved, girls, and women especially.

“Very intimidating but I got through it…”

When Cathy began her coaching journey, she was often the only female participant in her initial coaching courses.

“[It was] pretty daunting as young girl going to these courses,” she said

“It was all male dominated…it was very intimidating, but I got through it.”

Her first coaching position was in 1979 as the assistant coach of Forest Rangers FC’s under 11 A’s team. Over the next few years, she worked her to into securing her own team at the club. Since then, Cathy impacted the growth of many male and female players she coached ranging from under 7’s through to All Age divisions.

“They all have their dynamics,” she said.

Since 1999, Cathy has coached at Gunners Soccer Club and has been grateful for the opportunity.

“Gunners took me on as a young woman…they encouraged me and supported me,” she said.

“I became a life member of the club last year, which was a very humbling experience for me.”

One of the teams Cathy cherished coaching was the Under 14’ girls from Gunners Soccer Club. She took this most of this initial crop of players and helped them progress over many years, winning honours in under 14’s, under 16s and the All Age Ladies 2 competitions. Ultimately, this team were promoted to the top All Ages Ladies division. “They were a phenomenal side…they were the dream team,” she said.

Besides completing courses and training, Cathy said she always used to be at the training ground late at night just watching other coaches. She observed what other coaches did in their sessions and looked at how she could incorporate that into her sessions.

“What do women know about soccer…”

Cathy admits that through her coaching journey, she hasn’t necessarily always started with the ‘A Team’. She didn’t mind because she was able to use her coaching skills to improve the team and help them succeed.

“At the beginning of my coaching journey I guess there were barriers because it wasn’t the narrative of having a women coach soccer,” she said.

“[She often encountered] ‘what do women really know about soccer?…I always felt as though I had to prove myself.”

Despite feeling as though she was scrutinised more than male coaches at times or had her experience questioned, she emphasises that her players would see how she cared about them, and they tend to want to learn more.

Cathy said the most fulfilling moments in her coaching career is when players would ask her one important question – “Are you coaching next year?”